A weekend party of three left a wet Donaghadee Harbour on Friday evening. It took the Copeland Shearwater RIB around 10 minutes to get to the South Jetty on Old Lighthouse Island. Once on the Island, the party made their way up to the Observatory building to get settled in for the weekend. The persistent rain limited the outdoor activities of the party for that evening. The Chris Bailey Hide provided a suitable refuge for seabird watching.

Early morning netting on the Saturday was quiet with no new birds ringed. The weather looked promising for the arrival of the roof working party that day. The weekend party were able to watch the chartered boat leaving Bangor on route to Donaghadee Harbour to collect the first of the roofing materials. This information was passed to the awaiting party on Donaghadee Harbour via mobile phone.

The chartered boat carrying the first of the roofing material arrived at the South Jetty around 10:45am. Some members of the work party arrived with the materials while other members remained at Donaghadee Harbour to assist with the next load. 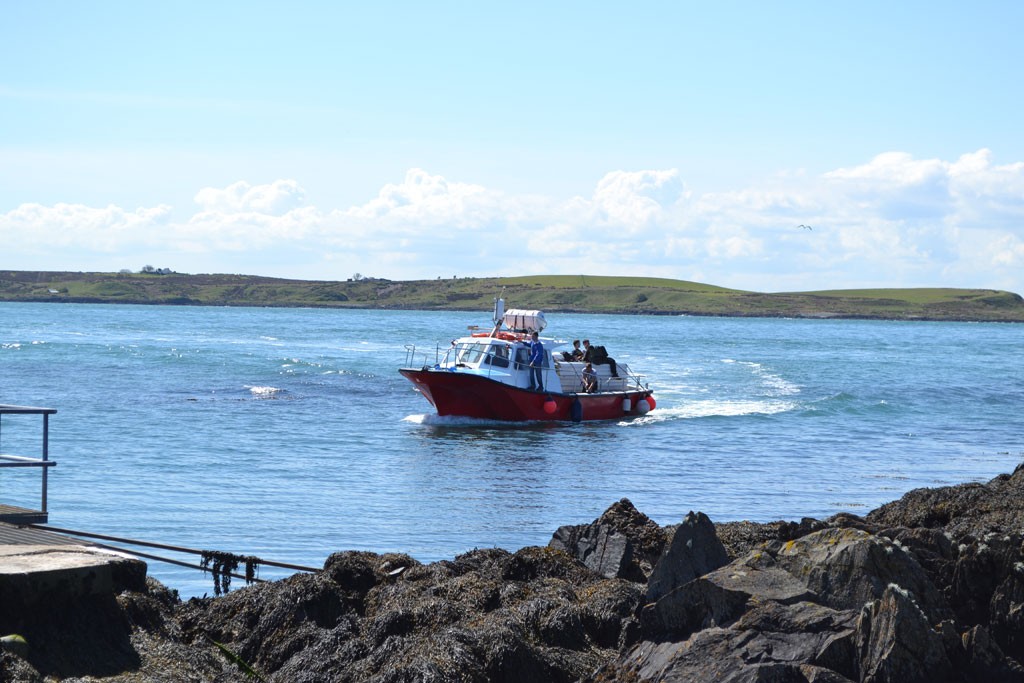 Once docked, the roof panels and building materials were unloaded from the boat and left on the foreshore. While the boat returned to Donaghadee to pick-up the next load, the work party on the Island started to bring the heavy materials up to the Observatory building. 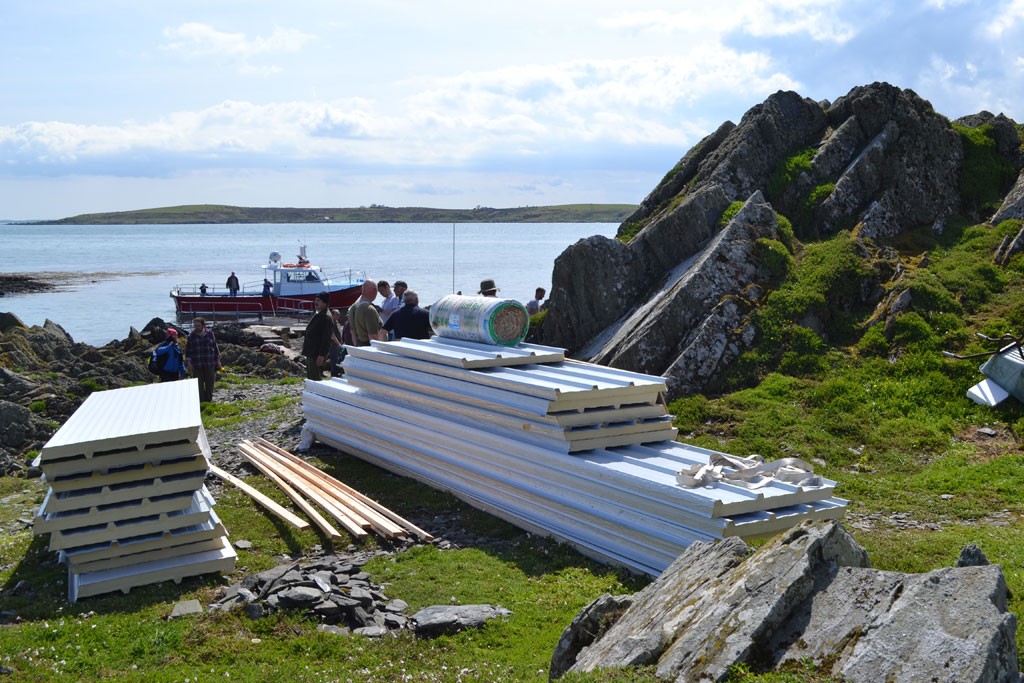 Roofing materials on the foreshore

Wheelbarrows and other improvised lifting methods were employed to move the roof materials up to the Observatory building. This operation continued for two more boat trips. By the time the third and last boat was unloaded the water was up to the top level of the South Jetty. Another half hour or so and this jetty would have been unusable. 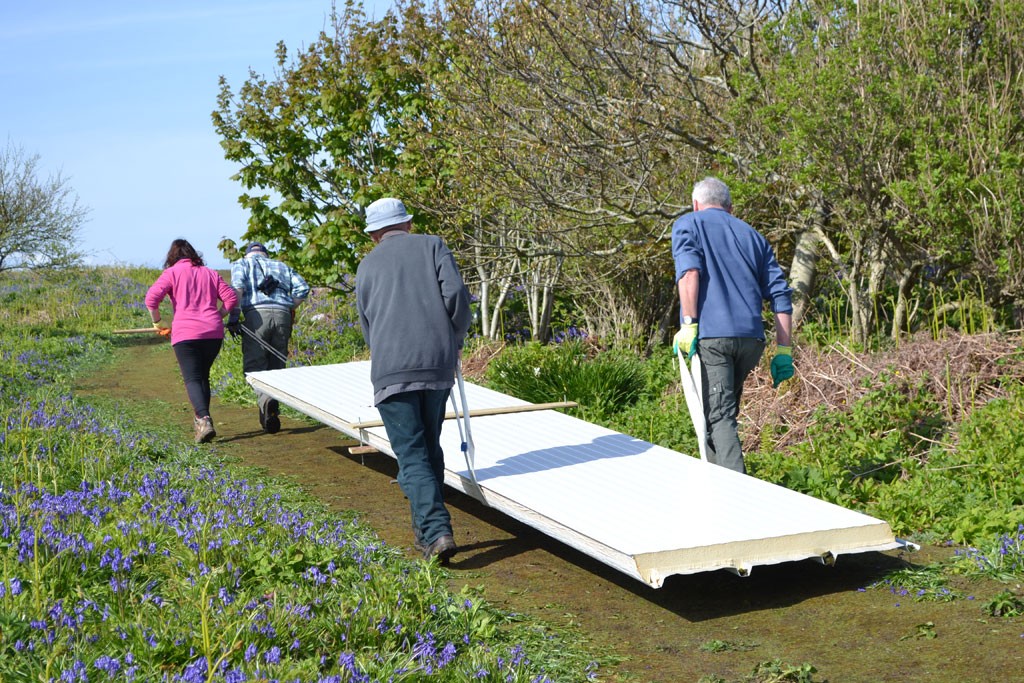 Roof panel being transported up to the Observatory building 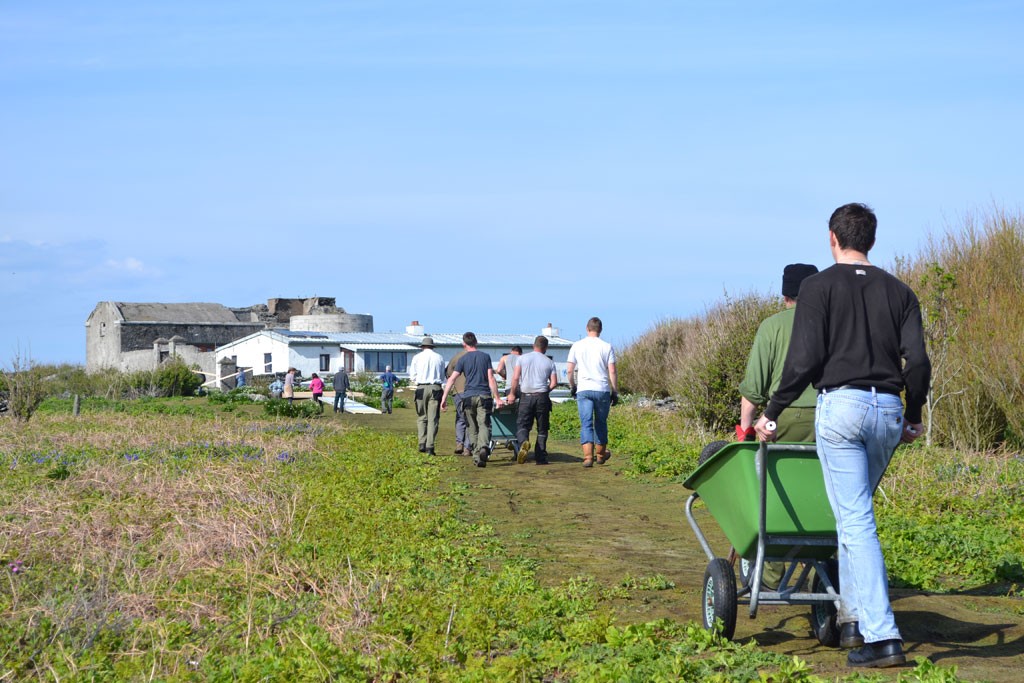 Work party transporting materials up to the Observatory building

After a hard day’s work in the sun, it was time for the Saturday work party to leave. The Copeland Shearwater arrived at the East Jetty around 5:30pm to lift the remaining work party members. This had been a very successful day, with everyone working efficiently together to get an important job done. 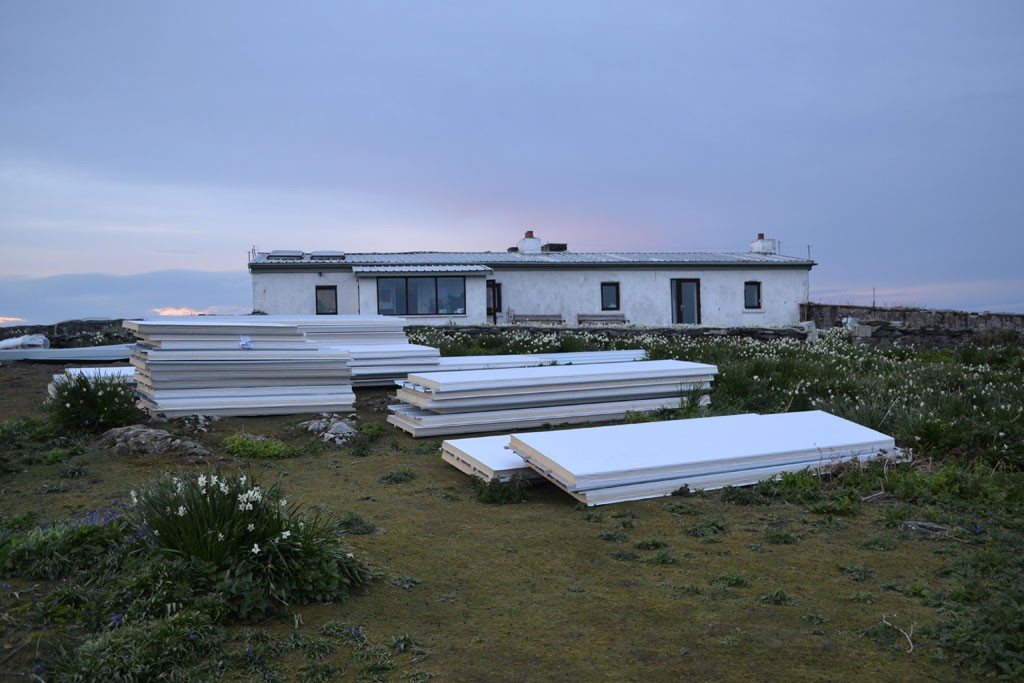 Sunday was overcast with strong winds as forecasted. Rope was used to secure the stacked panels together to prevent them from lifting. Three new birds were ringed that day, with one re-trap bird.

The weekend party left from the East Jetty on the Sunday afternoon. The strong winds made the return journey on the Copeland Shearwater a little choppy. Despite some mixed weather, the weekend was productive and enjoyed in good company.

Over the weekend, reasonable numbers of Swallows were seen on (or perhaps moving through) the Island. The odd Swift, House Martin and Sand Martin were also spotted. Four Puffins were in the water just north of the East Jetty. 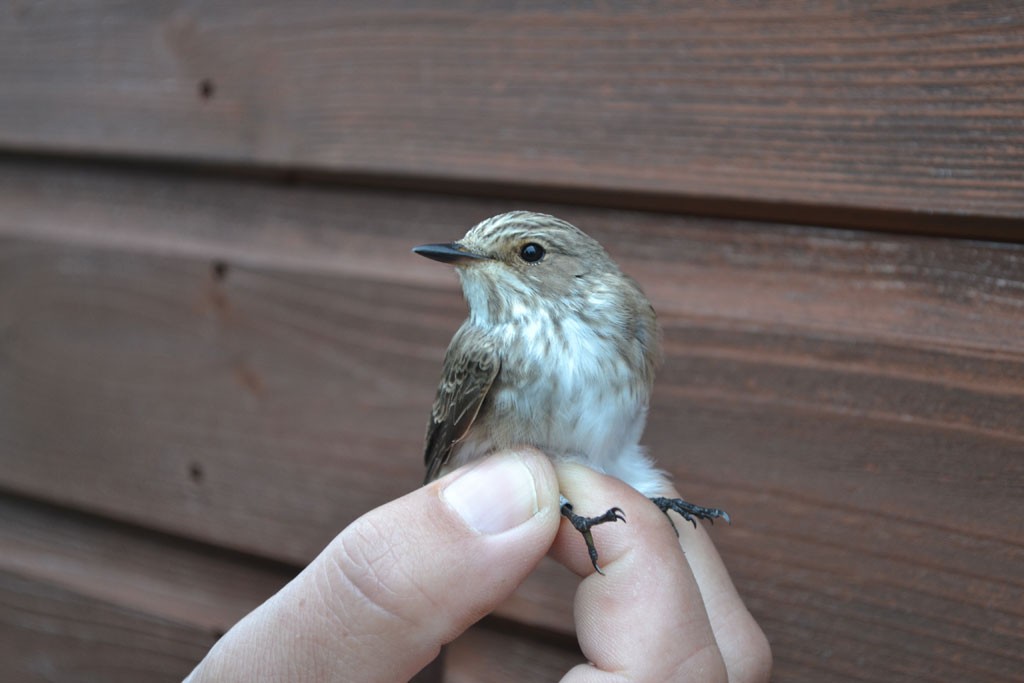 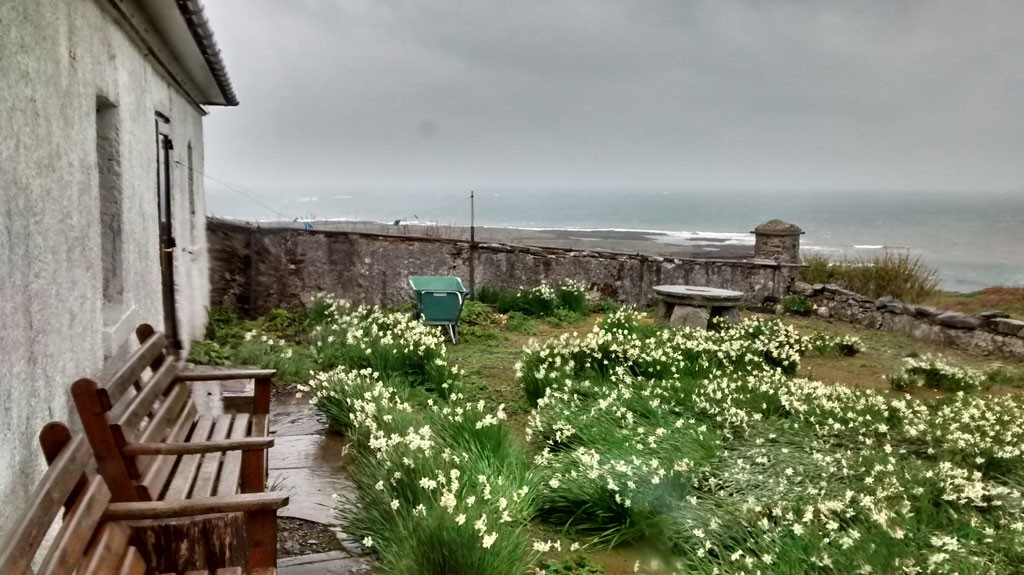 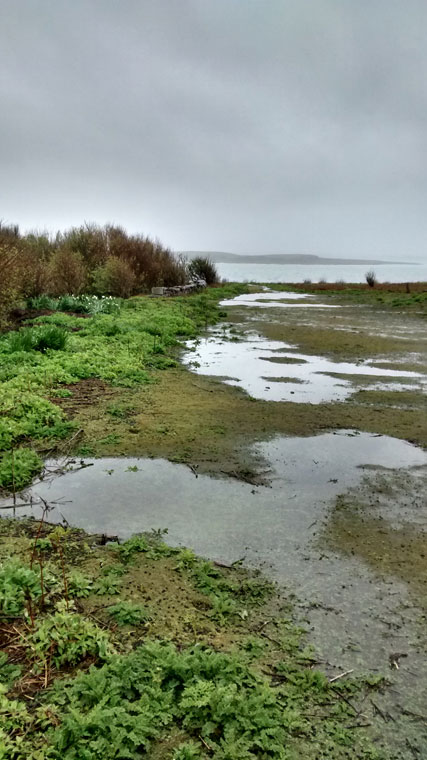 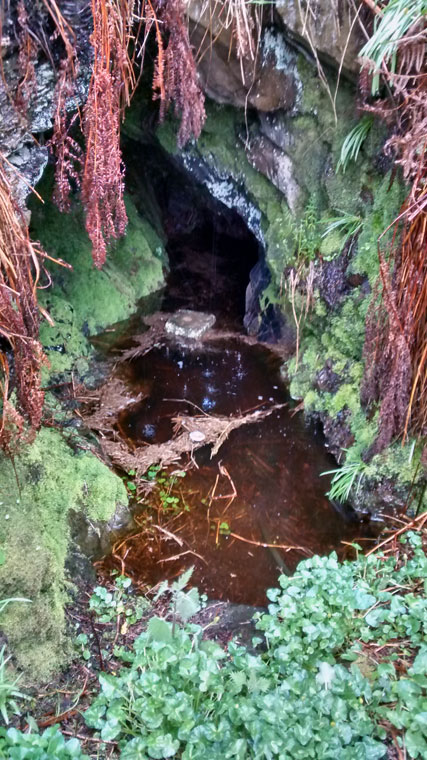 Navigating both local restrictions and the crossing from Donaghadee, a bubbled work party travelled to the island to begin reopening tasks and clearing areas for wildlife that winter has left behind.Lots to do across the island, however initial areas to work on were identified and the bubble worked hard throughout the day clearing dead bracken on the puffin slopes, scrubbing very slippery jetties, checking and cleaning the well, reworking the syphon for the loo with a view and checking over the biosecurity markers.With very fortunate timing, 6 puffins arrived in the sound as the work on their slope was being completed, great to see them back again and hopefully the clearance works encourage them to nest again in the burrows this season.Other activities on the day included stock taking of resources, assessment of winters impact to the buildings and environment and a litter pick across the rocks and shingle to the east. Another 4 helium balloons with long ribbons tangled up were removed along with bottles, crisp packets, polystyrene and various other bits and pieces.Hopefully with progress across the Covid restrictions, we will bring positive news about opening up visiting again soon, watch this space.Narcissi & daffodils are in full bloom. We think these are very old varieties - the keepers & their families abandoned the island in the 1880s. The yellow cultivar is Narcissus 'Telamonius Plenus (D4 Y-Y), along with Primrose Peerless - the English name of Narcissus x medioluteus (the hybrid between N. poeticus and N. tazetta, a classic example of a Poetaz daff).With a high count of 32 seals on Mew, and around 35 different species of bird observed on the trip, the wildlife is getting on with it regardless.Birds observed on the day:GannetManx ShearwaterGreylag GooseShelduckMallardEiderTealBuzzardSparrowhawkPheasantOystercatcherCurlewBlack-headed GullCommon GullHerring GullLesser Black-backed GullGreat Black-backed GullSandwich TernPuffinBlack GuillemotGuillemotRazorbillWoodpigeonStock DoveSand MartinRock PipitMeadow PipitPied WagtailWrenRobinWillow WarblerJackdawHooded CrowLinnetReed Bunting ... See MoreSee Less

Sorry we’ve been a bit quite on the Instagram front. Mid-Feb; freezing cold; but you can sniff the evenings getting longer. Spring will come soon enough. Some spring shots from Lighthouse Island in 2020. ... See MoreSee Less

It’s probably fair to say that if you’re looking at or following the CBO Facebook page you have an interest in our environment. Hence, may we direct you to this environmental index survey, developed collaboratively by DAERA, Food Bio-Sciences Institute, Queen’s University Belfast and Keep Northern Ireland Beautiful, and is being promoted through the cross-sectoral Live Here Love Here initiative?Results will be used to help inform policy development, for academic and statistical research, and to better understand how to increase our interaction with nature and improve the value we place on it.Happy New Year all!We are delighted to launch the new Environmental Engagement Index in partnership with the Department of Agriculture, Environment and Rural Affairs, Queen's University Belfast and Live Here Love Here. The Environmental Engagement Index is unique to Northern Ireland as we lead the way in exploring engagement and connection to nature by using this yearly survey. Research has shown that if people are engaged with nature they are more likely to look after it.To take part in the survey visit eei.liveherelovehere.app/For further information visit www.daera-ni.gov.uk/news/minister-launches-environmental-engagement-index-northern-ireland ... See MoreSee Less

Merry Christmas and a Happy New Year from everyone at CBO. We can all agree that 2020 certainly did not go to plan! We didn't get everything we wanted to do checked off our year list, but we did manage to add a new species – a Black-browed Albatross – and we broke a sixty-year Manx Shearwater chick-ringing record. Recently, the CBO team have been trawling through old CBO annual reports, dating back to 1954. We plan to feature articles from these in upcoming Facebook posts. These old reports give a fascinating insight into the development of the observatory over the past sixty-six years, and sometimes provide a sad reflection on what has been lost – Corncrake, for example, or arriving to the sound of thousands of breeding Arctic, Common, Sandwich & Roseate terns. On the plus side, they record the development of the Manx Shearwater colony from a few hundred to several thousand pairs. The reports are also notable for the quality of their artwork, so we thought that this year, to accompany our Christmas & New Year greetings, we would ‘draw’ on some past images. Like all voluntary organisations we are only as good as our membership, so please keep supporting us Join CBO – Copeland Bird Observatory (thecbo.org.uk)Drawings, reading clockwise from top left:• Shelduck by Pat McKee: 1989 Report. Shelduck appear, firstly, in the 1955 report where they are called Sheld-duck and are noted as ‘Frequently seen close to buildings believed to have nested’.• Manx Shearwaters in flight by George Henderson: 1981 Report. Manxies are recorded in the 1954 report as ‘First adults seen 3/4 April. Last seen 17th/18th Sept .. First young caught 20/2lst August last young seen 17/18th Sept. 204 Aduts ringed, 46 young ringed Estimated population ...... 200 pairs’. We now estimate the population as over 4000 pairs.• A distant view of Lighthouse & Mew islands by Pat McKee: 1985 report. Lighthouse Island, the home base of CBO, has many names including ‘Bird Isle’, ‘John’s Island’, and ‘Cross Island’. It once hosted the lighthouse, but this was decommissioned in the 1880’s and moved to Mew Island.• Whimbrel by Pat McKee: 1985 Report. More often heard than seen, we still record Whimbrel on migration.• Nesting tern on Lighthouse Island, with Mew Island in the background, by Ernie Donaldson: 1981 report.• CBO Buildings by Pat McKee: 1980 report. By 1980 the old lighthouse keepers cottages had been reclaimed. When the observatory was set up in 1954 these buildings were derelict. • Convolvulus Hawk Moth by George Henderson: 1989 report. This was captured in the Heligoland Trap at 11.45 pm on 21st August 1989 and was the first record of this migratory moth on the observatory. Another was caught on 11th Sept 2020. ... See MoreSee Less