Ringing has been a core activity of the observatory since its inception in 1954 and a number of special birds have been trapped and ringed over continuous operation since including some American and Asian birds such as White’s Thrush (1993), Fox Sparrow (1961), a Tanager species thought to be Scarlet Tanager (1963) and a suspected Asian Brown Flycatcher (1971).

In the greater context of the UK and Ireland, the number of species ringed at CBO from year to year is much lower when compared to the likes of Gibraltar Point or North Ronaldsay but in a Northern Irish context it is the premiere spot for rare and scarce passerines.

In terms of numbers, 139 species have been ringed at the Observatory from a total of 214 species sighted at CBO. The most recent new species added on the 12th of October 2008 with the capture of Northern Ireland’s first Radde’s Warbler.

Below we cover some of the more notable species which have pictures available. 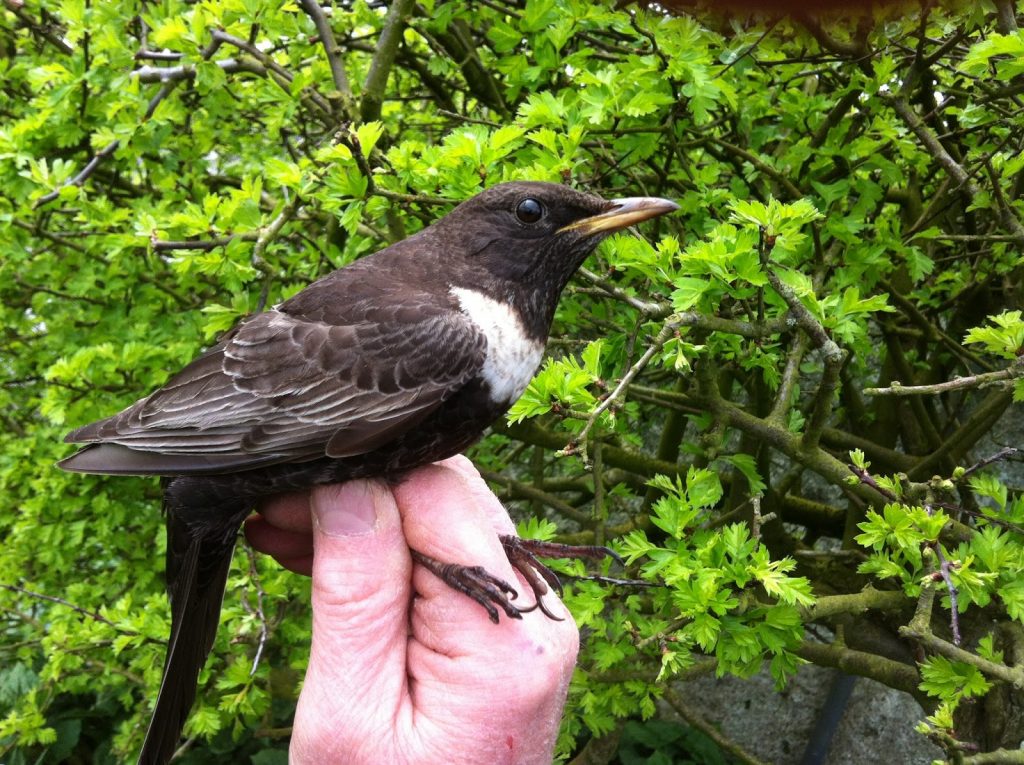 Ring Ouzel was almost annual at the observatory through the 50’s to the end of the 70’s but since has only recorded five birds with the last ringed on the 17th of April 2014. 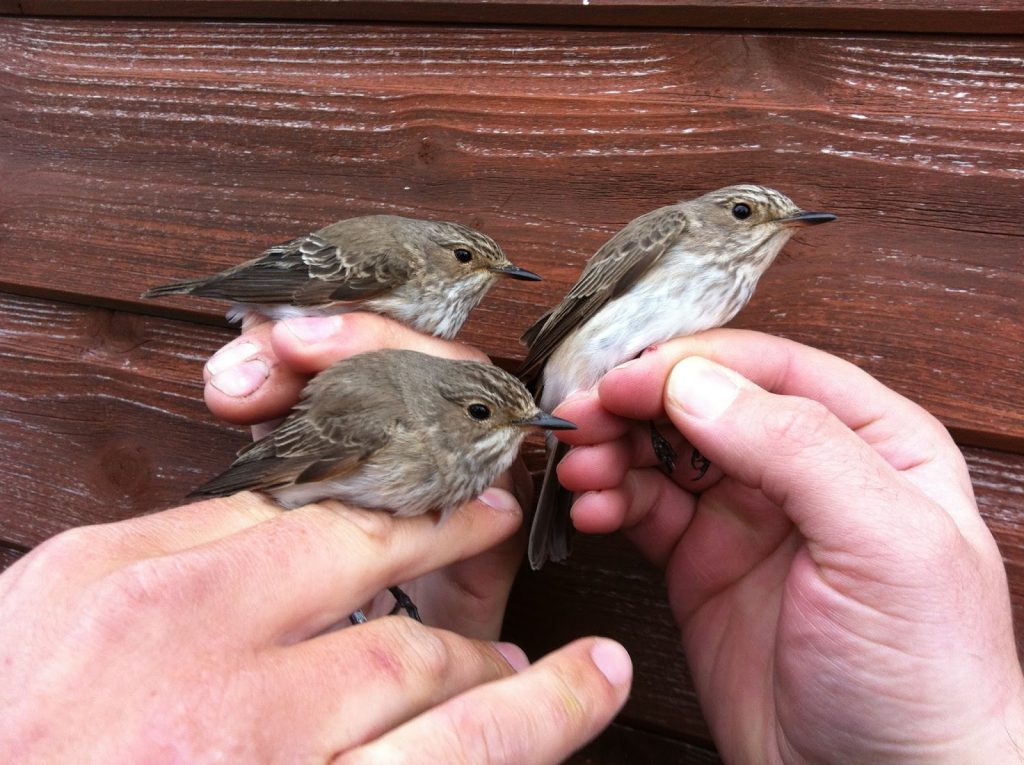 Spotted Flycatcher is an annual species with the main passage in the second to third weeks of May and returning in the last weeks of August.  It is the only place in NI where SPOFL are regularly ringed.

Lesser Redpoll are a real Copeland specialty in autumn with many hundreds ringed through late September and October in some years.  Catches of 100+ birds in a day are regular and the a new yearly record of ### was set in 2015.  Controls and recoveries are common with #### of birds from across the UK and Ireland and further a field in Belgium, The Netherlands……..