On Tuesday 7th April a team of seven volunteers paid the first visit of 2015 to the observatory – mainly with the purpose of preparing the Gully trap (our East-facing Heligoland walk-in trap) for the new season, but also to check over the buildings and jetties after the winter storms.

This was also the first outing of the season for our Rigid-Hulled Inflatable, the Copeland Shearwater.

The sea conditions from Donaghadee to Lighthouse Island were superb; flat calm, with the sky and sea merging into horizon. 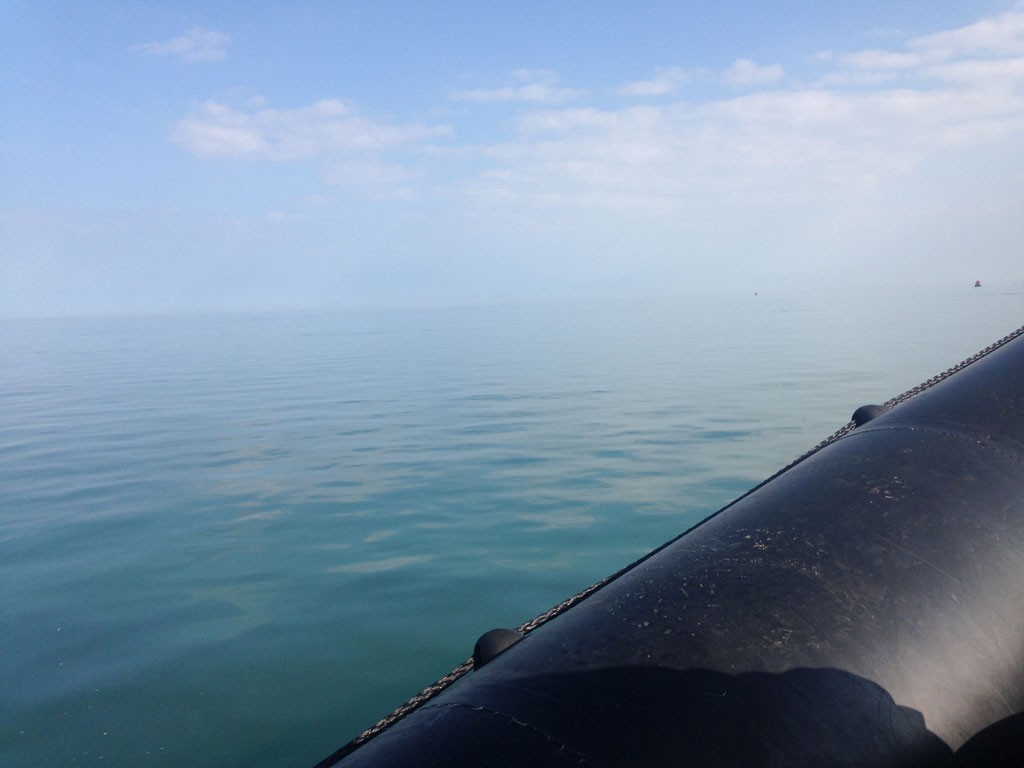 Landing at the South Jetty just ten minutes after leaving Donaghadee, disembarkation was watched with interest from the cliff-top by a group of ten Shelduck. A dozen drake Eider were milling around the Gavney channel after a few females, and calling with their distinctive nasal mew.

The island is still looking very sparse and spring is yet to get a grip; the Bluebell carpet is just beginning to show and the thick patch of Narcissi around the front of the buildings is still waiting to flower. 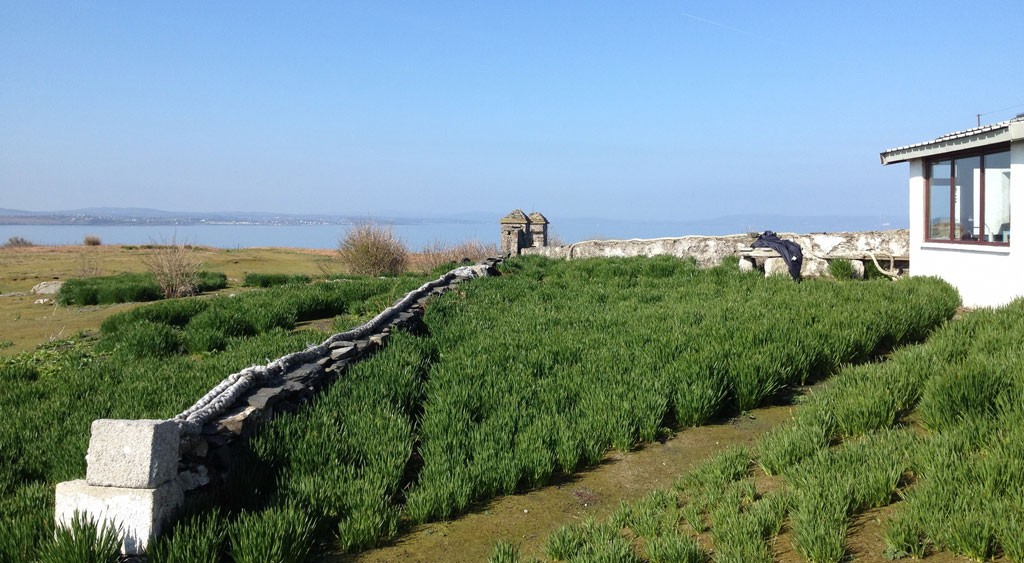 Despite the recent spell of dry weather, conditions underfoot were soggy. Both the ponds were full to the brim. 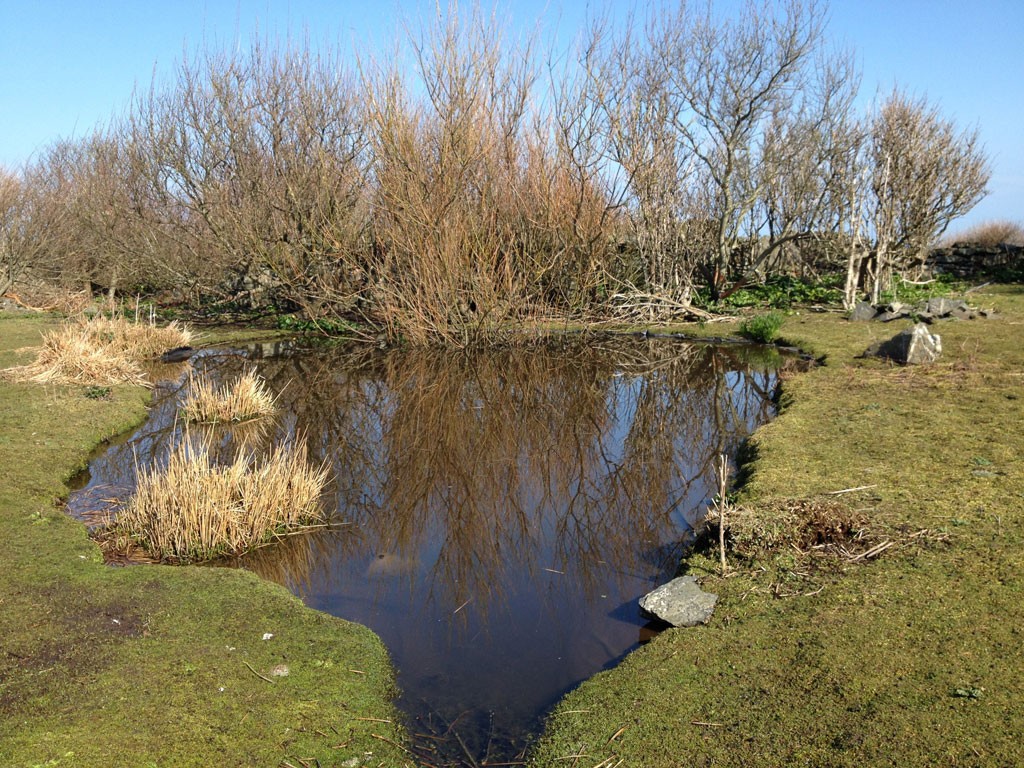 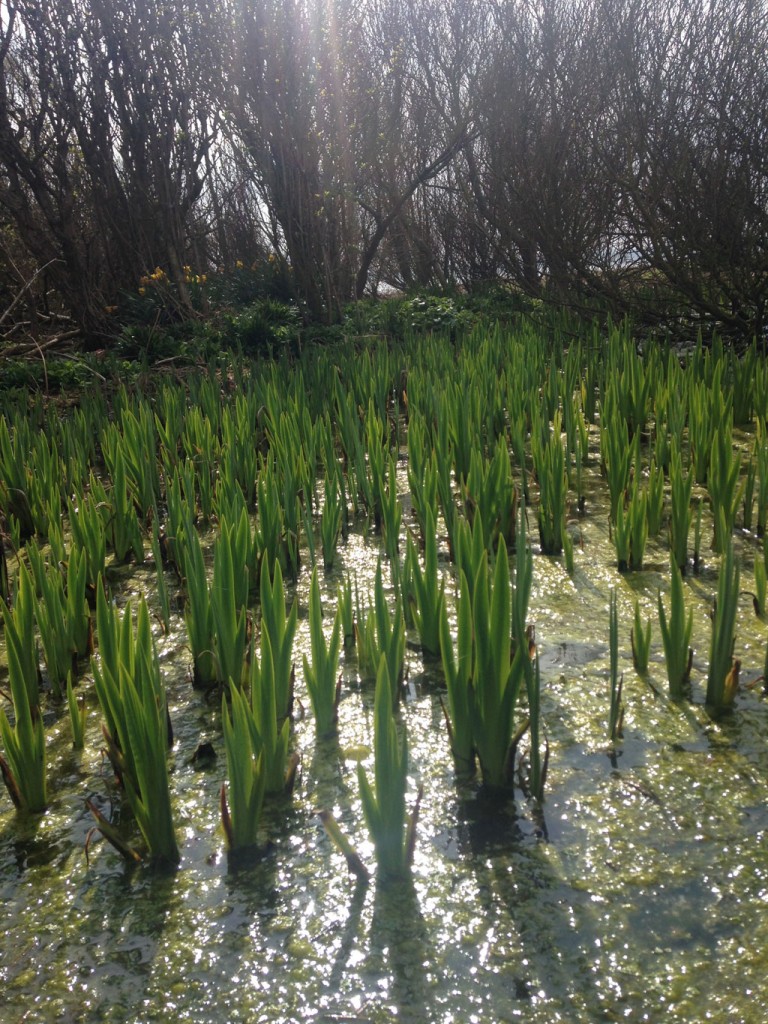 Mew Island was resonating with the calls of Grey seals.

Early double-flowering daffodils were out above the Seat. 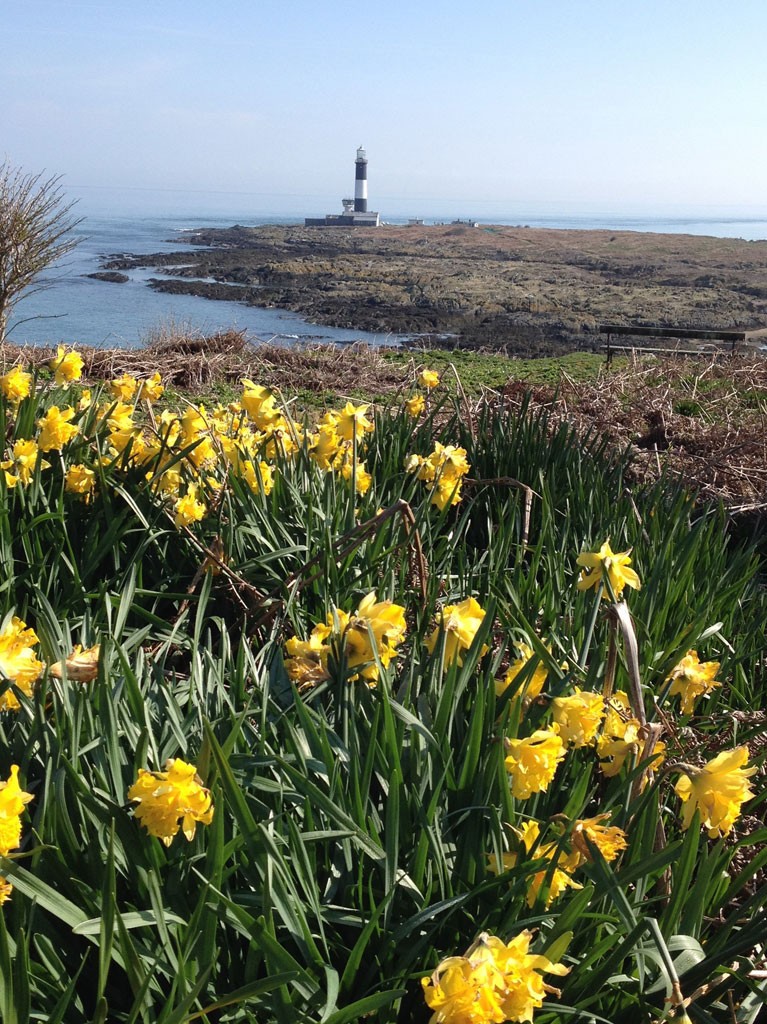 Philip Galbraith set a mist net in the garden, and worked the Wall and Heli Traps. On the first run of the Wall trap, a Song Thrush was caught and ringed – the first bird ringed in 2015.

After that, the Garden net provided a steady catch throughout the day. Six Goldfinch were caught and single Willow warbler and Chiffchaff.

Interestingly, the Chiffchaff had a pollen cone at the base of its bill – probably built-up during feeding in Africa and Iberia. 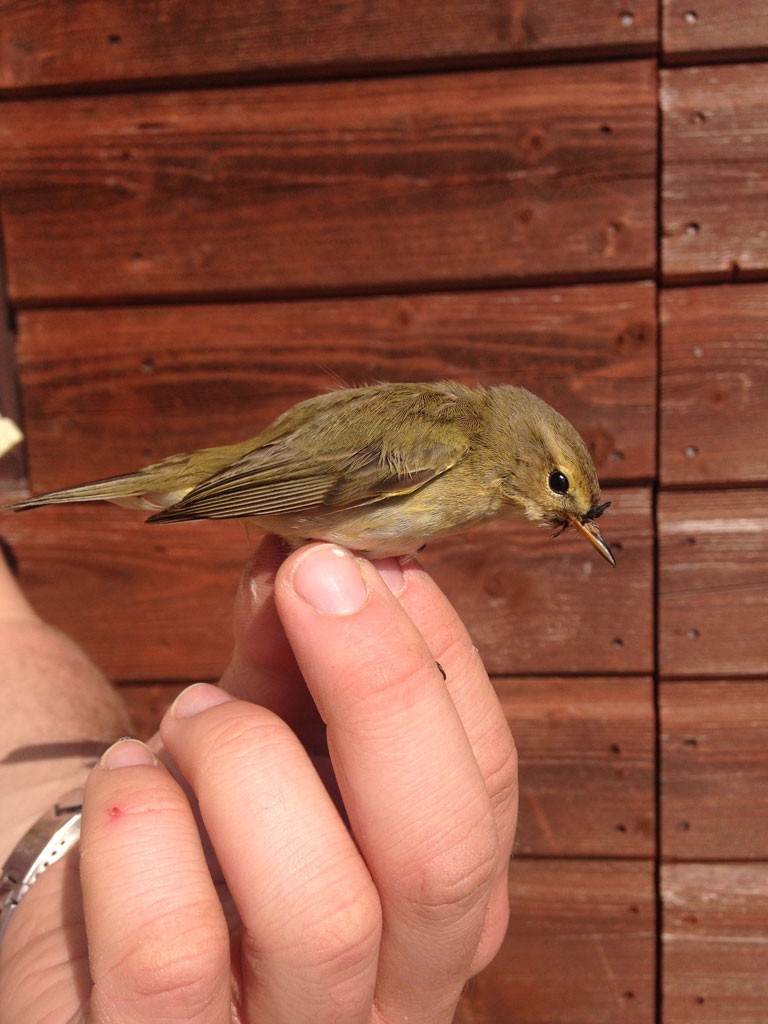 You can find out more about this at the following link

Meanwhile, work progressed with the refit of the Gully trap. All the support wire was replaced and tensioned, and the trap is now waiting for a team to refit the wire mesh.

In addition to the birds, a group of eight Porpoise were spotted just beyond Mew, and a Peacock butterfly beside the wall trap. 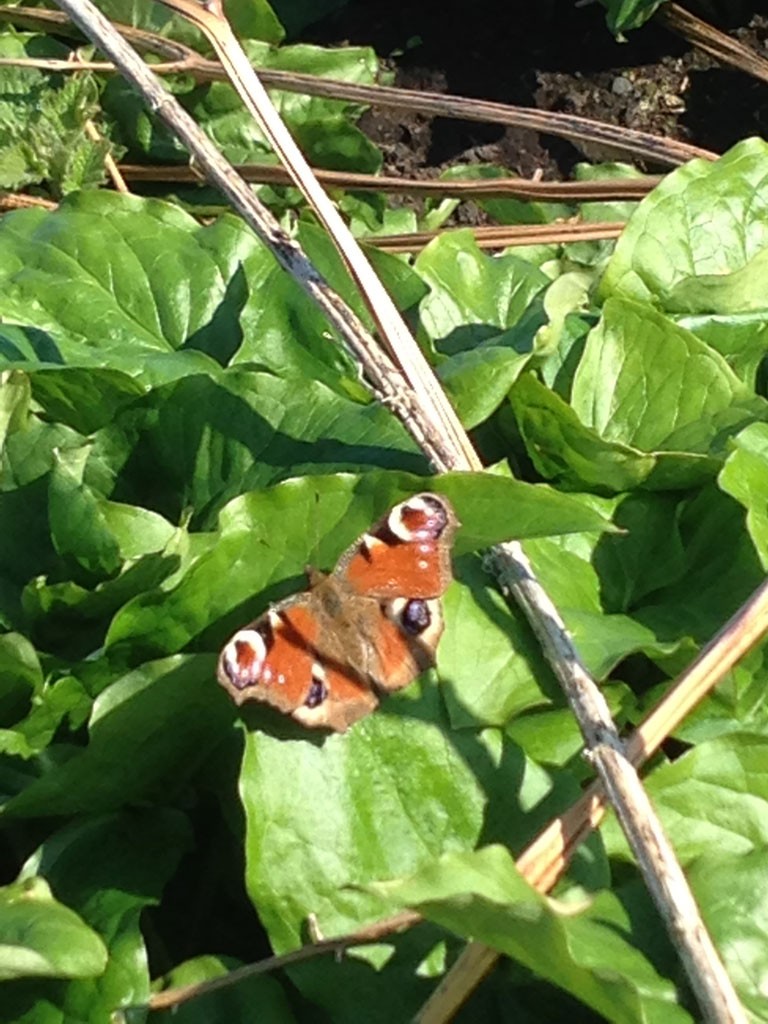 In total 33 species were counted. The bird list is a follows:

In total, 12 birds of 6 species were ringed:

The team departed at 4.30 pm, again in near perfect conditions.

Your support is essential to us. Please consider joining CBO or renewing your membership – check out our new Direct Debit option with our Membership Secretary.

Why not consider a weekend visit?